skip to main | skip to sidebar

Day 3
Kansas
So many farms, so many fields, so many miles of barren prairie, with urban interruptions so brief and far between--that’s Kansas for us today.


Around Topeka we are ready for some tedium relief, and Ron Lessman’s Truckhenge is just the ticket.  To get there, we turn left at a big scrapyard and head a couple miles down a narrow country road where half the houses look uninhabitable and the rest clearly are inhabited by litterbugs.


Ron’s yard is full of trash, too, but his is artfully arranged. 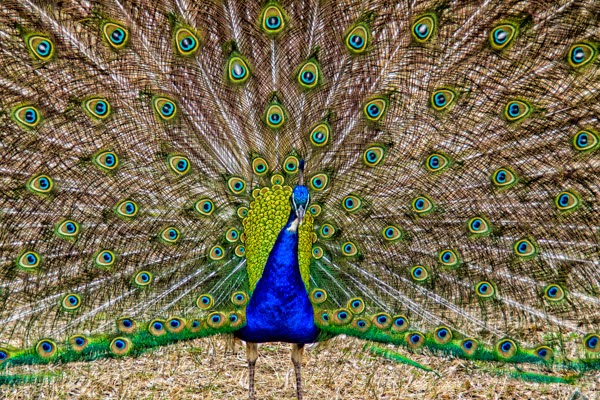 Plus, a resplendent peacock greets us as we turn into the drive, fanning his tail wide open and preening for us.  Any house with pea fowl roaming the grounds has class. Ron greets us when we get round to his back yard, and tells us the tale of how his yard art came to be.  The short story is that Shawnee County health and zoning officials got after him to clean up his yard, and when they told him to pick up his trucks, he decided to take their orders literally, and pick them up, then plant them back down in the ground the way he saw it done in Texas at Cadillac Ranch.  Then, for good measure, he spray painted them with anti-establishment slogans. 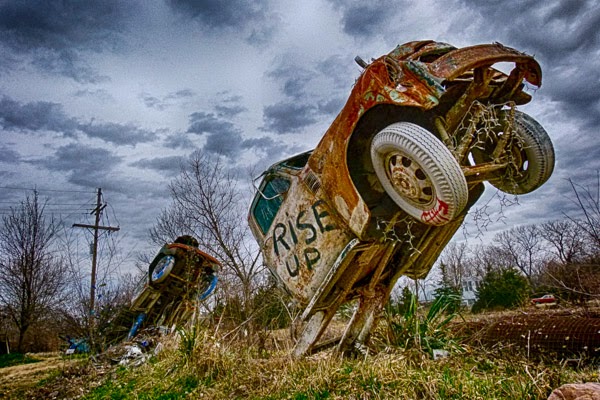 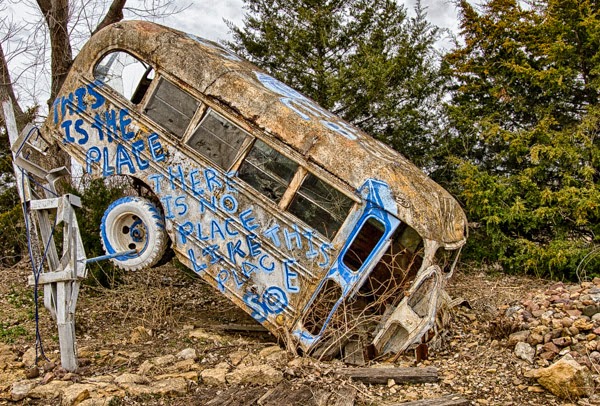 For an encore, he lined up and spray painted a bunch of unseaworthy fishing boats Cadillac Ranch style, too.

He may have also read about Howard Finster or visited Paradise Garden, because Ron’s architectural elements made using beer and soda bottles remind us very much of Howard’s garden structures (except that Ron's have no religious references). 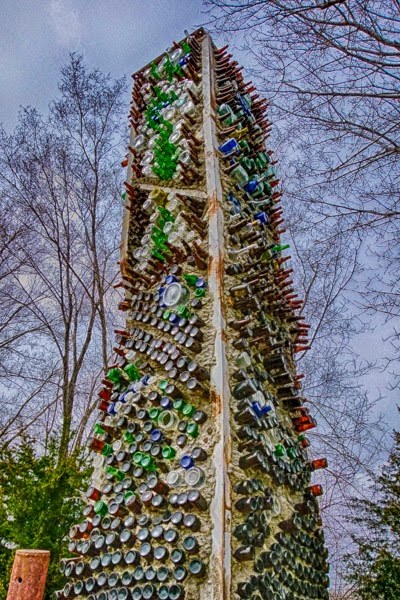 Ron’s house is an amazing tribute to recycling ingenuity.  He tells us he figures it is pretty much impervious to tornados, because it is made of metal held down real good and has no angles to catch the wind.  It is wired up with lots of power--there are 27 electrical outlets in the kitchen alone, he brags.  When I ask him why he needs so many outlets in the kitchen, he smiles knowingly and delivers a one word answer--“Options.” 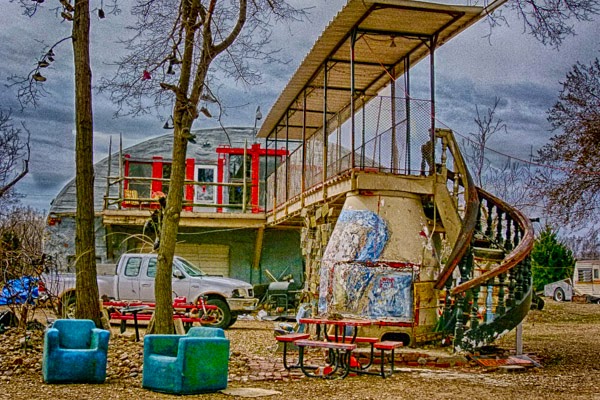 It is an oddly whimsical place.


Our next stop in Topeka is the opposite of whimsical--the Brown v. Board of Education National Historic Site, located in the old Monroe Elementary School, a  school for Black children back in the day.

Brown v. the Board of Education was a suit filed in Kansas in 1951, then bundled with four other segregated education lawsuits from other states (so that the ruling would not appear to be picking on any one part of the country), and argued before the Supreme Court, which unanimously ruled that separation was discrimination.

One message here is that the schools were the battleground, but our broader society was the target.  After the Supreme Court ruled, the Civil Rights Act of 1964 and the Voting Rights Act of 1965 were passed.  Integration and equal rights efforts expanded throughout our country in all spheres of public life.  Other countries, like South Africa, took a page from our playbook.  All very heady positive stuff sprouting from this one Supreme Court case.


But, then there was a sobering addendum, somewhat buried in the pages of a notebook on a shelf beneath an inspiring exhibit panel.  Here’s an update on how the Supreme Court’s ruling impacted the Topeka schools:  25 years after the ruling, Topeka Schools were not in compliance, and the school system was taken to the Supreme Court twice more before finally being found in compliance for the first time in 1996.  Looking at the country as a whole, the South is the only region where Whites typically attend schools with a significant number of Black students.  There is still much work to be done beyond the courtrooms.
We are in Salina now, and hoping not to have an unwanted adventure in the next 24 hours.  We just watched the local news, which included a weather report predicting possible nickel to quarter size hail tonight and a tornado chance tomorrow.


Posted by Vagabond Glovers at 4:51 PM